I was trying to install an Android app I wrote onto my phone, but I ran into an issue.

Eclipse wasn’t recognizing my (Verizon) Samsung Galaxy Nexus (Model #: SCH-I515MSAVZW) as a debugging device, so I had to install drivers for it. When I tried to install the drivers from Samsung’s website, though, I received this error: 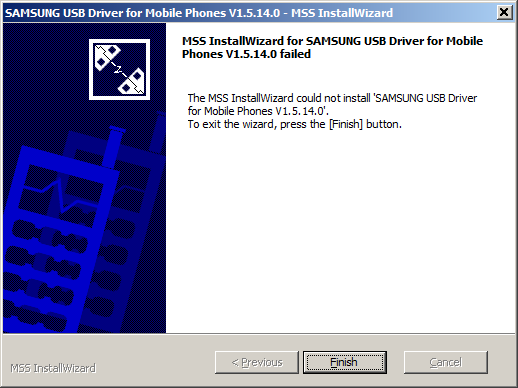 I searched online for a solution, but nothing was working. I finally found this post, which solved the issue. I’m not sure if it’s the recommended way, but it worked.